The Importance of 3D&nbspArchitectural Visualization

Architecture is a multifaceted sphere. On one hand, you are creating structures very strictly defined by the laws of physics and have sophisticated engineering at the core. At the same time, there is an artistic vision that exists only in the mind of the architect. This dichotomy has been following creators from ancient times to the modern day. How do you show people that the idea you have is worth making a reality? Building even the smallest of structures is a hefty investment, after all. Until we learn to read minds, 3D architectural visualization is the most realistic way to share ideas before making them a reality.

From charcoal to smartphones

There are two main goals when picturing a planned structure: to show the construction workers how to build it and to give people a feeling of what this structure will be like. The latter is important when pitching projects, be it to a king or to potential investors. Usually, the plans and building documents are hard to read for anyone without an engineering background. It is much easier to draw an upcoming project or make a model of it out of wood or plastic.

In the previous centuries, creating such visualizations fell to the shoulders of artists. Sketches were first done with charcoal and pencils then later enhanced with watercolors. Creating traditional drawings of the project is still considered an important skill for the modern architect to master. However, in the twenty-first century, the development of computer technologies moved image rendering into the electronic medium. Drawings and collages can be done in graphics editors while true realism is reached through 3D modeling and rendering.

In 3D architectural visualization, a replica of the project is created virtually, often in accordance with basic engineering plans. Then the true magic happens. A visualizer doesn’t just add materials and light sources, they craft a story, create emotion, and make the vision of the architect come to life. The result can be a realistic image, video, or even an interactive VR experience. 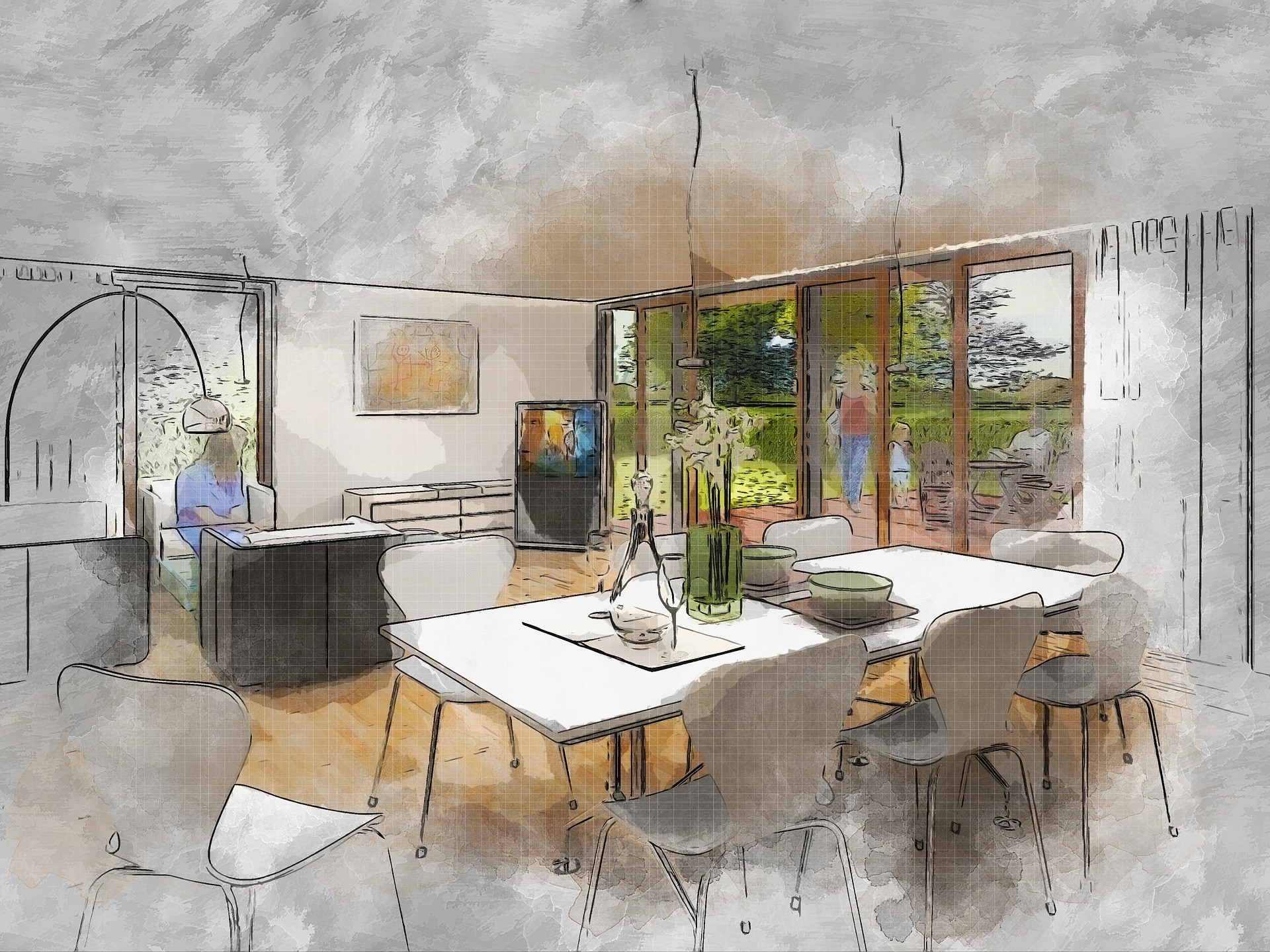 The watercolor style is still popular in interior design and some visualizers strive to replicate it.

Architectural visualization is usually divided into two schools: exterior and interior visualization. The former assumes the point of view is located outside the building as if we are looking at it as a whole. Such renders show full structures presented from the level of a passerby or from a window of a nearby house. For big projects, such as city blocks or public spaces, aerial shots are often used. The 3D replica of the structure can be added to a real photo, giving the viewer a perfect impression of what the finished project will look like when completed.

Interior visualization is essential for creating design projects for inner spaces. Here, focus is placed on the way the room is perceived from inside. A virtual camera is positioned at the eye level of a person who is standing or sitting. It is also common to make close-ups of the decor and smaller details of the interior, giving the viewer a chance to experience living in such a place before it has been implemented.

Enough to choose from

When it comes to professional architectural visualization, 3DS MAX has become an industry standard. This is a powerful system that excels at handling scenes with containing millions of polygons. It is so popular that third party developers make sure their tools are released as 3DS MAX plugins first. Other software like Cinema4D, ArchiCAD, and SketchUp are also well-suited for architectural visualization.

Finally, modern rendering engines utilize either CPUs or GPUs to turn 3D models into beautiful images. V-Ray and Corona Renderer are most often used for architectural visualization, however, Lumion and eCycles are also growing in popularity. GPU renderers often work faster thanks to the special inner vRAM, but they are also limited by it. When it comes to big and complex images of multistorey buildings and city blocks, CPU rendering is still most commonly used. 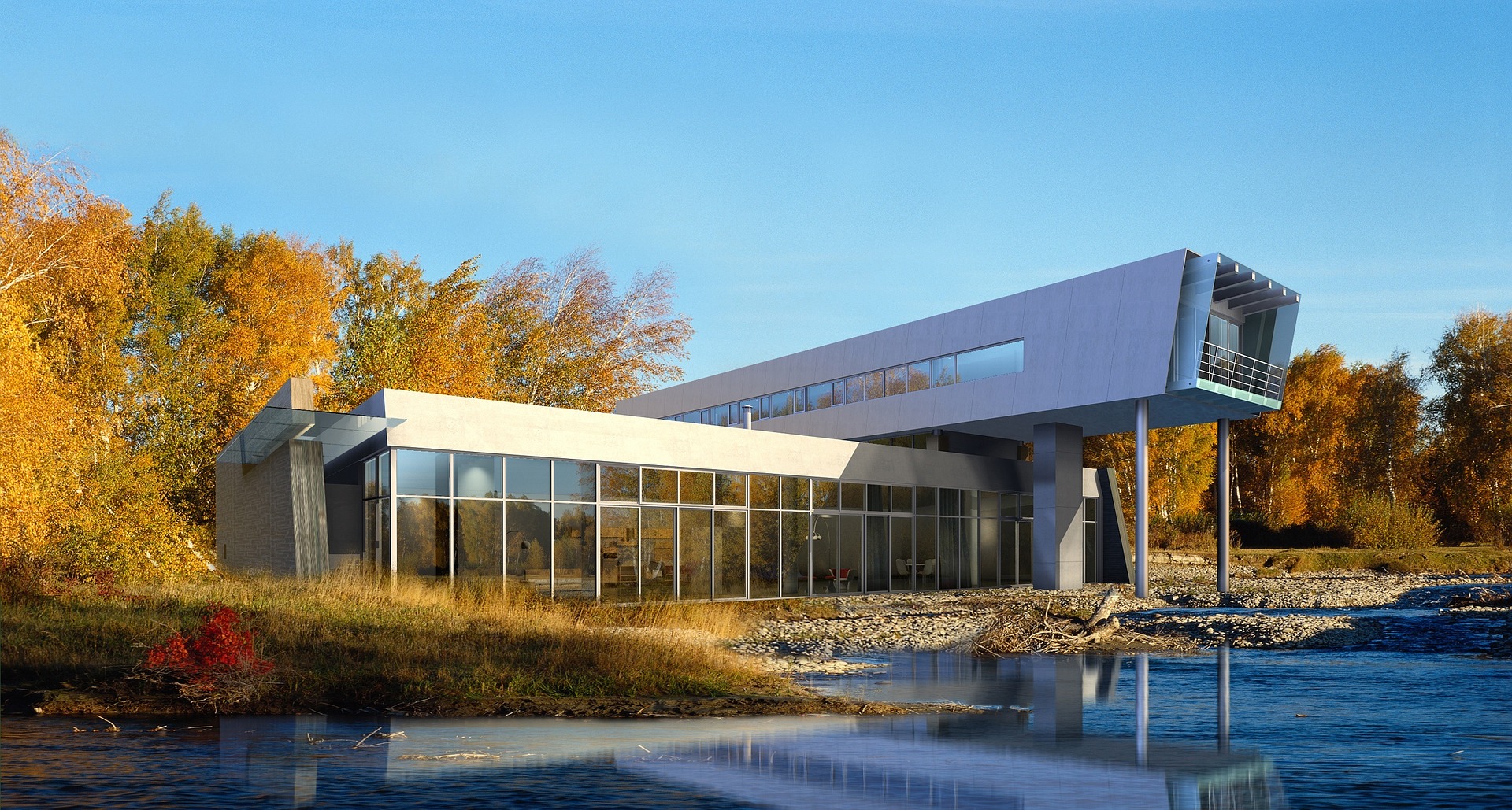 To save time and resources, it is often enough to render only the building and insert it into a photo.

The static rendered images are just a new medium for classic architectural visualization previously created with pencils and watercolors. However, new technologies allow us to experience unbuilt projects in a way that wasn’t previously possible. Virtual and augmented reality lets a user walk around the building or inner space and see it as it was envisioned by the architect or designer.

VR scenes have to be highly detailed so that the viewer can get as close to any object as possible. Implementing a fully traversable space in virtual reality may demand much more processing power from the user’s computer. To make it more accessible, an architect may instead render 360 degrees panoramas of each separate space that the user can “teleport” between and look around without moving through them. Such panoramas can also be viewed outside the virtual reality on any monitor. Moving between panoramas is achieved via a mouse and keyboard or gaming controller.

Augmented reality in architecture brings a very different experience to the viewer. Using a smart device, like a smartphone, the user can insert a 3D object or a building into the current environment and see how it may look in the future. For seamless transition between real and added geometry, any 3D model used in AR projects has to be highly optimized. The optimization process is similar to how assets are created for mobile games. With advances in processing power, soon AR will become just as photorealistic as new generation computer graphics.

The quality of the final rendered image, no matter which rendering engine was used, is dependent on the quality of 3D assets: the geometry itself, textures and maps, and light preferences. On one hand, modern rendering engines, like Corona Renderer, require almost no tweaking of settings to get a photorealistic image. Unfortunately, photorealism doesn’t always equate to high quality. An architect has to work on frame composition, lighting scenarios, color balance, and many other aspects to make their image pop.

A useful technique is to add people into the scenes. This can be 3D humans, though often they lower the realism, or cut-outs of humans taken from photos and inserted into the rendered images. People, enjoying the new space, help the viewer relate to them and create positive emotions. Another way to bring a virtual project to life is to create images for different times of day and weather. 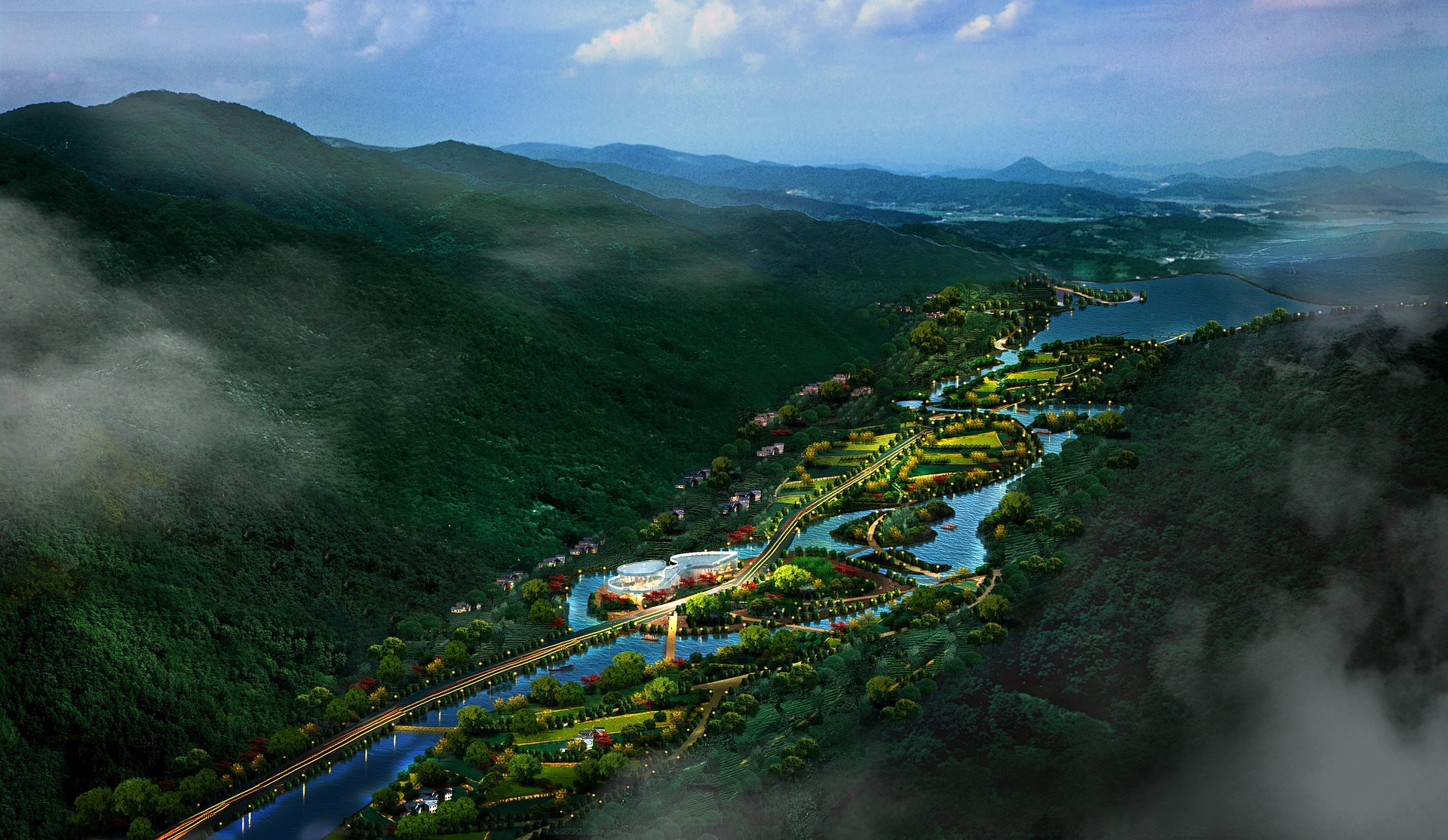 Photorealism is not essential if the main goal is to show the scope of the project.

With higher resolution of an image comes higher detalization and longer rendering times. Luckily, you don’t have to force your PC to overwork to get the desired result. Megarender is a 3DS MAX render farm that offers the power of modern CPUs for an affordable price. We support the most popular rendering engines and plugins to make sure your project will leave your viewers in awe and anticipation.